The use of glass bottles goes back millennia. Archeologists having been digging up old glass forever. I felt like one of then as I was rummaging through my photo archives recently. Back in 2009 I had visited Fort Pulaski near Savannah, Georgia and gotten over a hundred photos. Three of then show old bottles in a display case. Here they are as they came out of the camera, full frame and without any post-processing.

As you can see, the first two are a rather bland, the right end bottle in the first, and the left end bottle in the second photo lean unpleasantly. Neither photo shows good composition. The third photo has more colorful bottles, but they really are grouped with too much space between the pairs. This third photo, however, made the cut for further processing and the other two images sank into the depths of my archives. 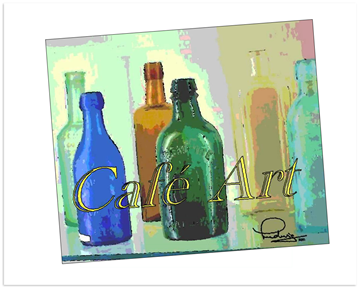 One little thing in the image kept bothering me, that front edge of the glass shelf at the bottom, mostly at the left of the picture. So when I had a bit of idle time on my hand I revisited the image. Here is my more recent effort. The bottles are not moved together as closely to maintain a wider aspect ratio. The image is less “posterized” looking. 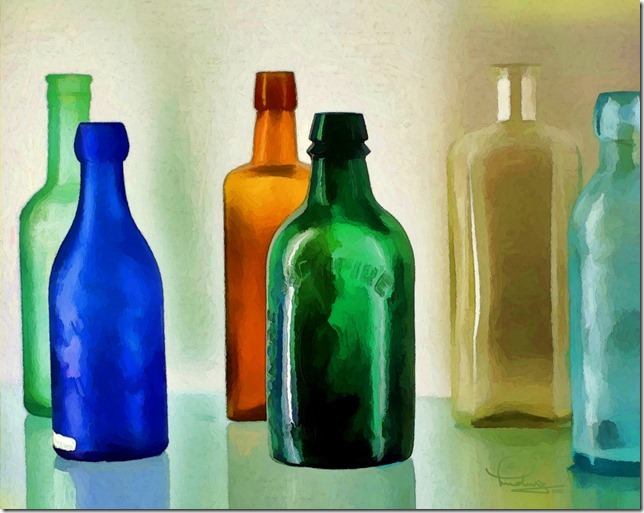 But back to my archeological dig. Microsoft recently updated Image Composite Editor and when I saw those to old neglected exposures the idea occurred to me that stitched together the resulting composition would be quite nice, especially with some perspective correction so the leaning bottles would not be a distraction.

The resulting image turned out better than I expected.

In fact, I liked it enough to add it to my portfolio at Fine Art America. Why yes, that does give you a chance to add a genuine Ludwig to your art collection

Visit to a Gallery

What better inspiration than to go see the work of other artists, be they photographers, painters, sculptors, or even engineers. I have often taken my visitors here to places where art and crafts are exhibited. Not so long ago it was the Norcross Art Fest, the Carlos Museum, the Southeastern Railway Museum, even an exhibit of quilts. A couple of my posts covered photo techniques, but one can get lots of ideas form places like an art museum or the Delta Flight Museum.

Closer to home you might find galleries that offer art by contemporary artists. Recently I attended an exhibit opening for works by a European artist, Pietro Piccoli, at R. Alexander Fine Art. It was a most enjoyable display of captivating scenes from around Italy.

Well, it was so inspiring that I processed photos from the event as “café art”, somewhat in the style reminiscent of the artists work, with all due apologies. The portrait below is Pietro as seen through my lens and post-processing tools. 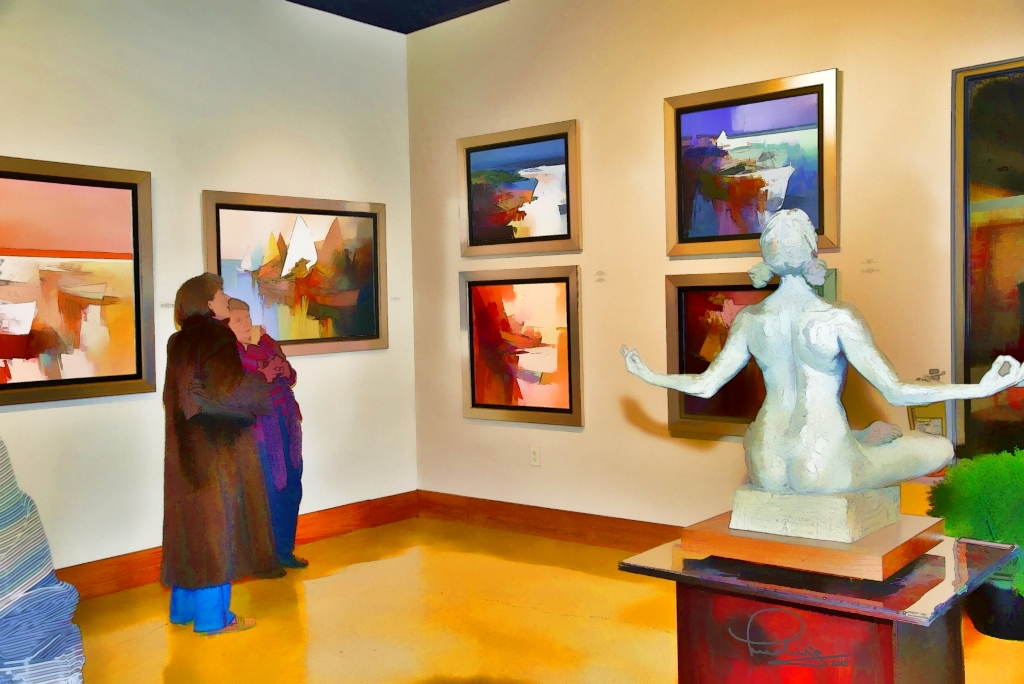 So now I too have had a exhibit of my work. Hope you enjoyed it!