The Weekly Photo (Week 26) -- Reaching Outside the Box

This week concludes the first half of the year, and the first six months of my POW project. “The Weekly Photo” did not get under way until March 2012, but over at Gallery Ludwig and at Silver Canvas I found an image to share each for each week.

Here I wish to reach outside the box and offer something rather different: An image by a “visiting artist”. Over on the visiting artists page I have provided links to some beautiful photography for some time.

This “Truck” by Stephen Blecher is “The Weekly Photo” for this week. Click the picture to view it in Stephen’s gallery here at Café Ludwig. 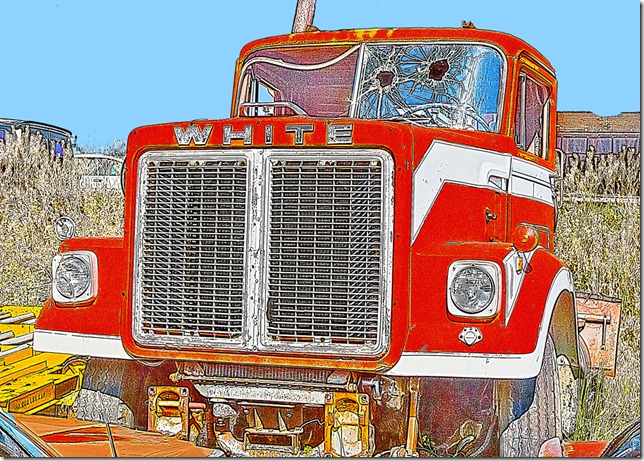 Posted by Ludwig at 6/27/2012 11:07:00 AM 0 comments
Email ThisBlogThis!Share to TwitterShare to FacebookShare to Pinterest
Labels: photography, The Weekly Photo

The intent for the photo was to document a culinary creation, but when I inspected the image, there it was: A cameo appearance. It was unintentional, so this was not an attempt to emulate Alfred Hitchcock. He made an art of doing a cameo appearance in his movies.

Well, let’s look at the photo. 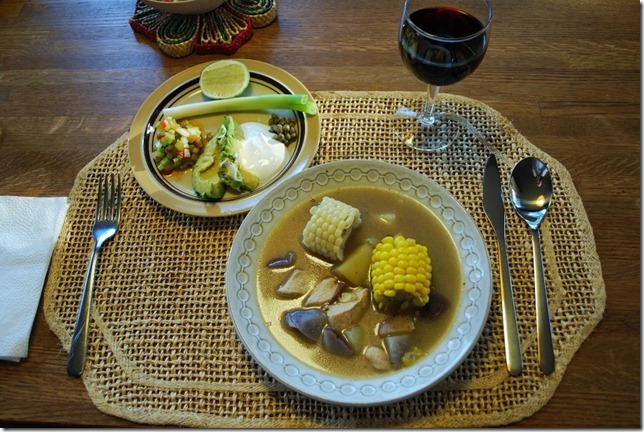 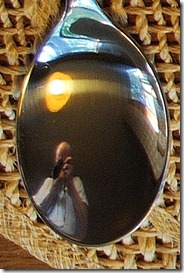 There, very obvious once you look at it, is “my self-portrait”, in classic photographer pose – look at the spoon. I’ll show it flipped so you don’t have to turn your monitor on its head.

Normally I try to make sure that I show just the subject, no more, no less, but when it comes to reflective surfaces it is easy to catch yourself in your photos.

Particularly prone to inadvertent self-portraiture are domed or concave shiny surfaces like the spoon here.

Cars are just chuck full of such mirrors, especially in and around the lights. Here are three examples. The first one, on the left, is rather obvious. The other two are more subtle.

Other “cameo traps” are the glass surfaces of buildings. So many of today’s architecture is full of angles and curved glass. Take pictures in a town area and your chanced of self-portraiture are pretty good. You may get unexpected photos of your companions along with yourself. 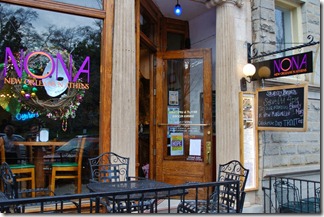 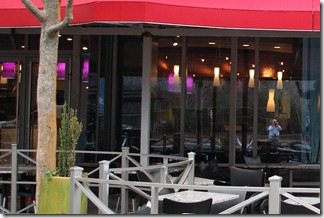 Windows of all types can provide the opportunity for self-aggrandizement. That includes the zoo, the aquarium and other places that put a window between you and your subject.  Now go look through your own collection!

Posted by Ludwig at 6/19/2012 04:42:00 PM 2 comments
Email ThisBlogThis!Share to TwitterShare to FacebookShare to Pinterest
Labels: photography, The Weekly Photo

A Stroll through Bonaventure Cemetery 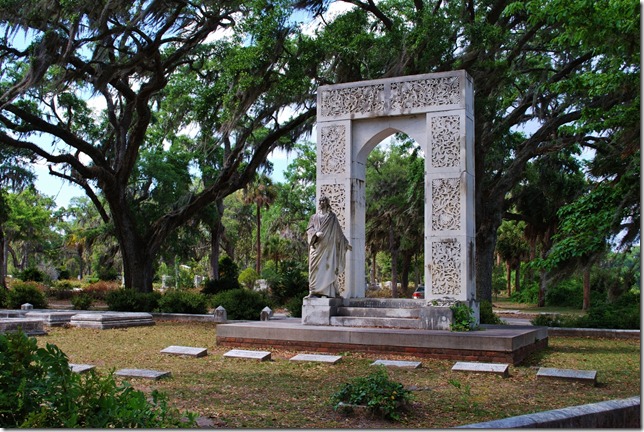 Bonaventure Cemetery in Savannah, Georgia, has a worldwide reputation and claims to be the most beautiful. It is a lovely and serene place. 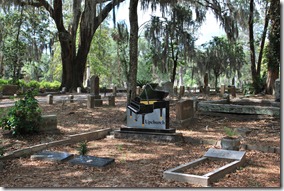 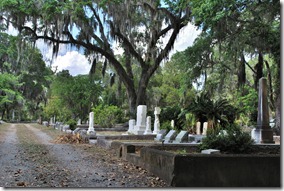 Many of the sights and statues have become famous and visitors comes from far and wide. 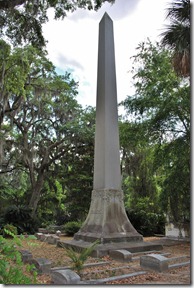 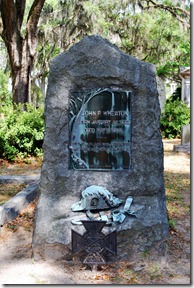 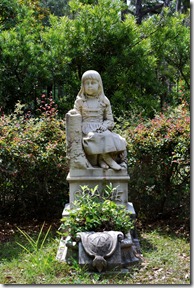 Posted by Ludwig at 6/10/2012 01:14:00 PM 5 comments
Email ThisBlogThis!Share to TwitterShare to FacebookShare to Pinterest
Labels: photography, The Weekly Photo

We were quietly minding our own business one morning when I thought I saw something dark flash by outside. 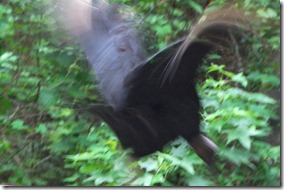 Peeking out the door to our back deck confirmed that, indeed, I had seen black wings. The surprise was that a black vulture was paying a visit. But wait there were two.

I rushed upstairs to grab my camera. It had the wrong lens mounted, quickly I changed to the telephoto zoom. The vultures were still there when I got back to the door. I started snapping. As they hopped from the deck to the ground I took the break to look at the camera settings. Aperture priority was set to a small stop – I had been doing flower close-ups. Oops, indeed the camera has picked appropriate shutter speeds of 1/8 to 1/15 second. And, yes, the photos were blurred and useless. There must a be moral there someplace.

Fortunately the vultures were in no rush to leave, 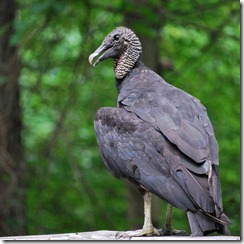 they inspected the neighbors garage, ignoring my presence. 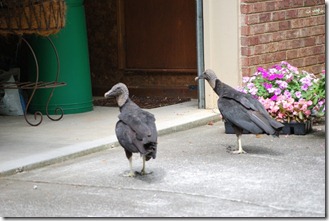 They even posed for portraits before ambling off into the woods.

Oh, yes, that moral: Be prepared! Before you put your camera away, mount the lens most appropriate for grabbing a quick photo. Set the controls to AUTO or the equivalent most versatile setting. It will make the chance of success of a quick-grab photo so much better. 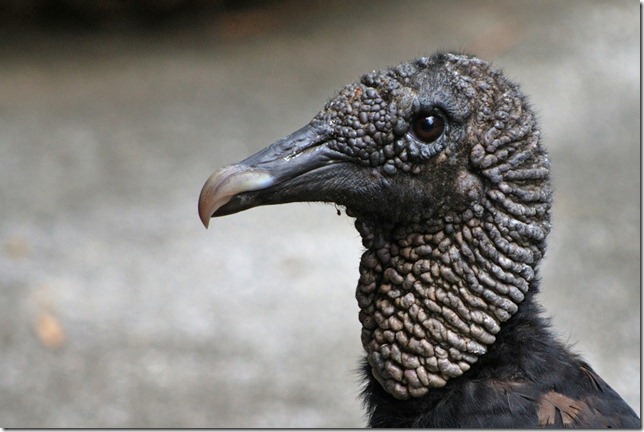