Geese in the Kitchen

On cold, rainy days taking pictures can be outright unpleasant. That does not mean that you can’t have fun with photography. I recently joined a Google+ community that is “dedicated to learning the art of Black and White photography through weekly assignments, discussion, and critique”. It has been enjoyable and sometimes challenging. 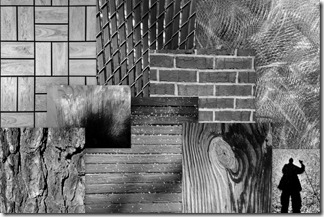 A recent assignment was to shoot some photos of textures and patterns, followed with the task of combining a texture with a photo. I looked a my texture collection and then some recent photos of Canada geese came to mind. The weather was miserable when I set out to photograph the geese. It had rained, the water of the pond was murkier than usual. Then it started to rain again. I kept shooting until my camera was so wet I started to worry. The photos were no masterpieces. A little prank came to mind. 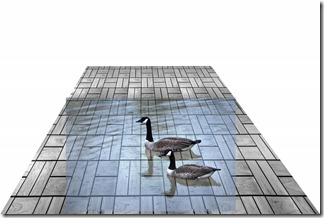 One of my texture pictures was of a restaurant floor. I tiled about eight images of this together into a large one. In PaintShop Pro I manipulated the image so the tiles would appear to be seen from an angle. One of the geese photos was superposed in a layer. I duplicated this layer and selected the geese, making the rest of the image transparent. Then I adjusted the transparency of the middle layer. 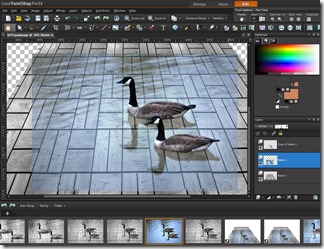 Of course it was not quite this simple as I did not get the tiles image right the first few times.

I had to include more tiles and make the edges match, then “tilt” the image so it would be similar as the plane of the pond water. It took me a lot longer than it would an expert, but I am sure that I had more fun.

Once the stack of images looked right I collapsed it into a single image, made the final corrections and added my signature. Now here is my masterpiece: 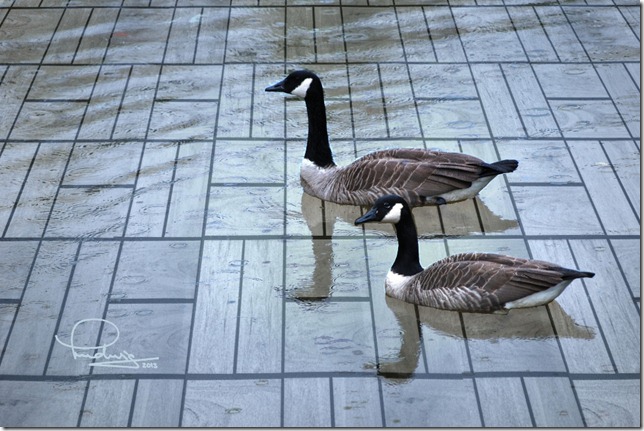 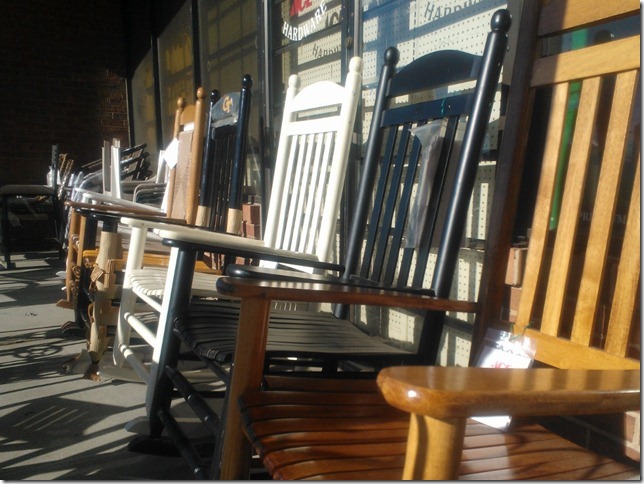 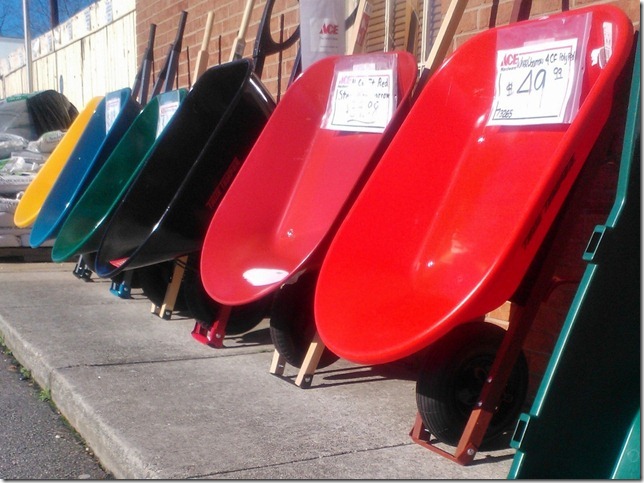