... Oh, not again! I'm supposed to take in the wonders of the world, and what do I get? That pesky photographer! With a parent egging him on, I won't get rid of him for quite a while.

What is he up to? Will I get featured as a "window" in his Monday Window blog? Will I get into his portrait gallery? Or does he add me to his collection of  "street photography" just because we are outside?

It might even be worse! Could it be that he is just after a selfie? ... 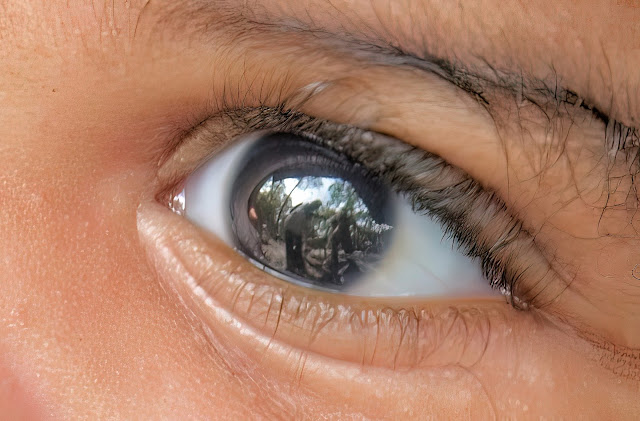 Posted by Ludwig at 5/15/2022 01:04:00 PM 0 comments
Email ThisBlogThis!Share to TwitterShare to FacebookShare to Pinterest

How about a little café art? Just for fun and a greeting to all my friends. 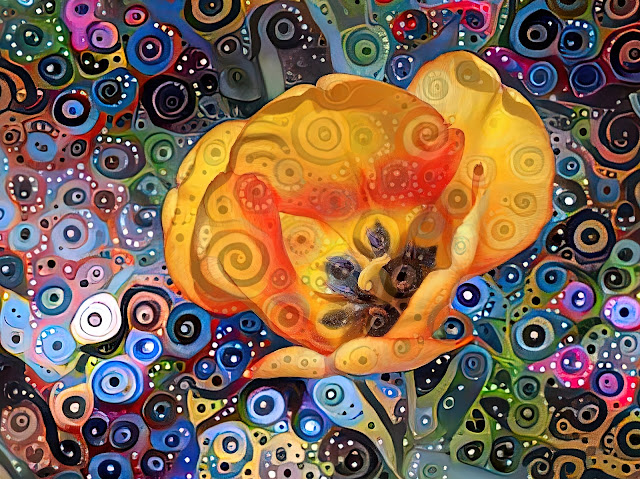 Posted by Ludwig at 5/09/2022 06:28:00 PM 3 comments
Email ThisBlogThis!Share to TwitterShare to FacebookShare to Pinterest

Spoiled by the background

We are always admonished to watch the background as we take photos. The famous spoiler, a telephone pole coming out of the head of your subject, is often one of the examples of what to avoid.  Sometimes, however, we just have no control of what is behind the subjects we photograph.

One of my favorite photos has been a scene of dancer at a festival with groups in native costumes from around the world. Unfortunately it was "photo-bombed" by a lamppost in the background.

I came across the photo again today and that light fixture just overpowers the photo in my opinion. Here it is: 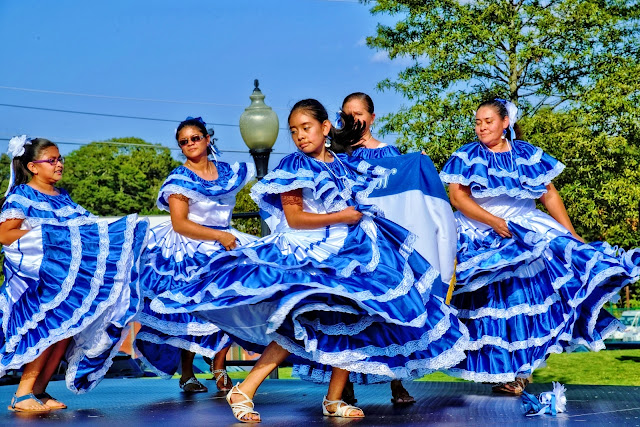 With a little bit of extra time on my hands, I decided that today was the day to retire that obnoxious lamp and the power lines with it.

Just a few minutes in PaintShop Pro and I had this: 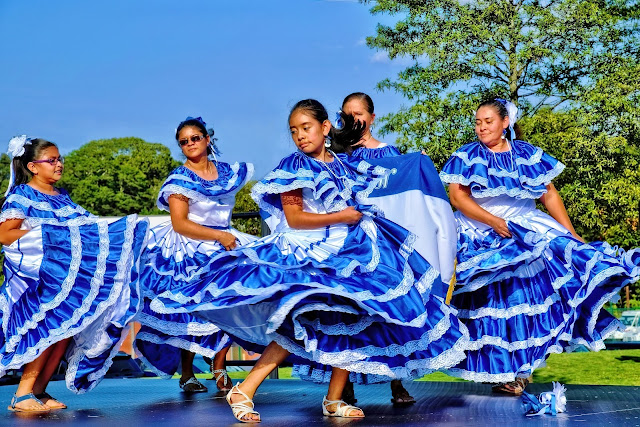 Much, much better, don't you agree?

This being one of my "café art" blogs, I could not leave well enough alone and had to take another step. So her my café art interpretation: 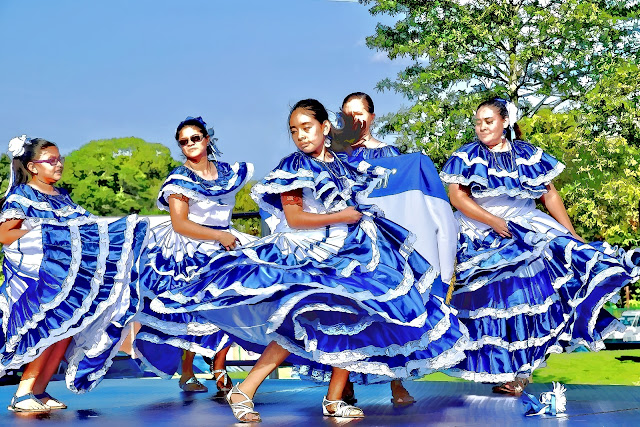 Posted by Ludwig at 2/06/2022 07:10:00 PM 7 comments
Email ThisBlogThis!Share to TwitterShare to FacebookShare to Pinterest

Most of the time I know pretty well where I want to go with my café art, but occasionally I am at loggerheads with myself.

That was the case when working on a photoodle from a photo of Jud Shumway performing with his Sawgrass Blues Band at Night Music at Town Center, Peachtree Corners, on July 10, 2021.

I just couldn't make up my mind whether to go dark or light. There are twenty versions in my folder of this photo manipulation session. I have worked on it, off and on, for several weeks.

Here are the two finalists, you can decide for yourself which one you like. 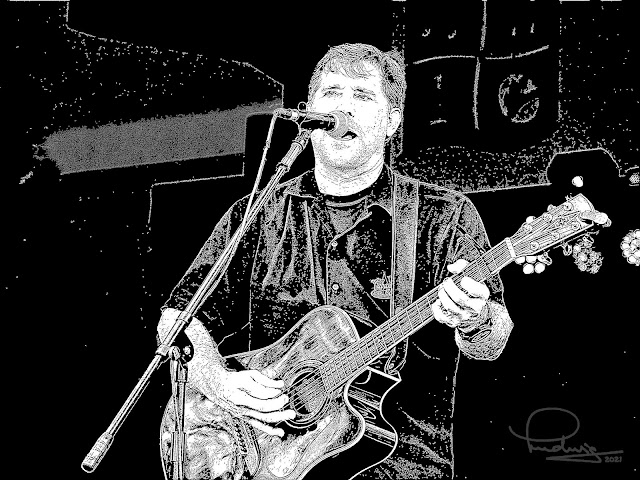 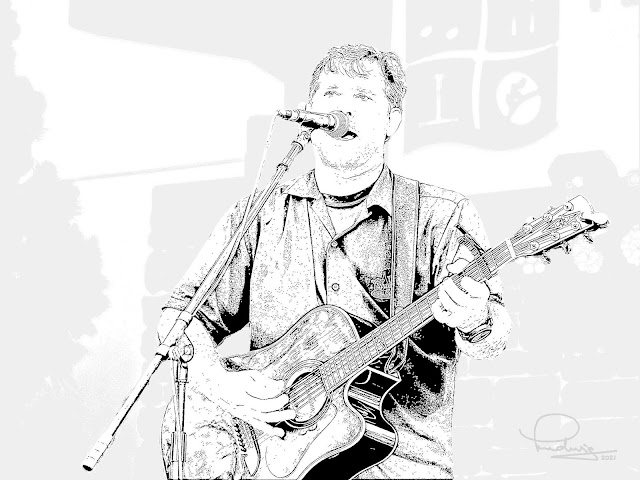 With the pandemic on the wane it was finally possible again for people to come out and show thanks and respect for our heroes. I decided to take some photos at the Peachtree Corners Veterans Monument Ceremony. 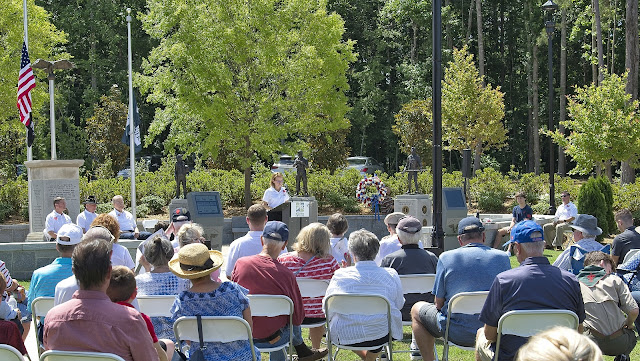 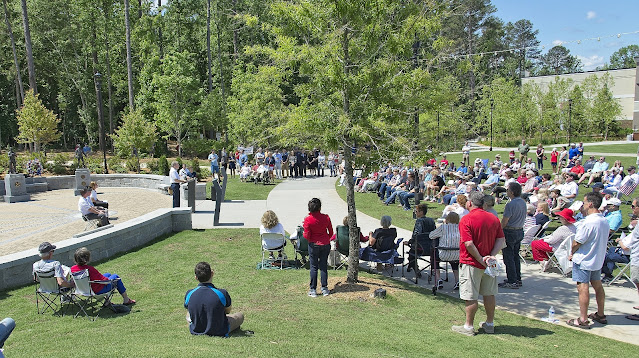 With thanks to Jeanne Aulbach for documenting that I was indeed there. 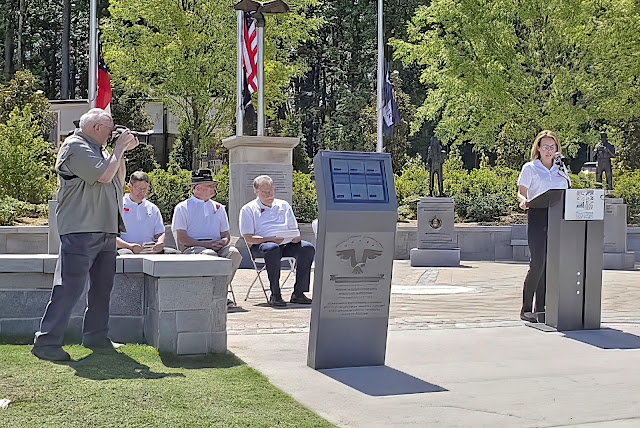 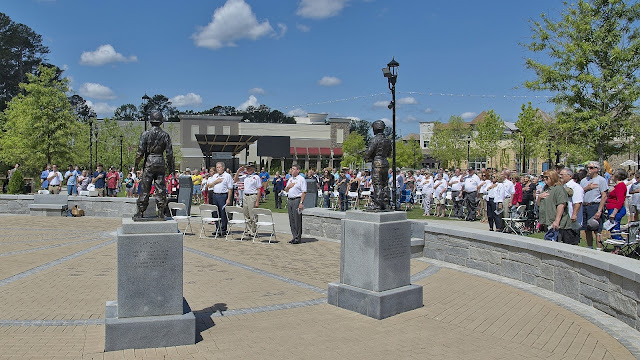 "Night Music" on the Town Green

The 2021 concert season has gotten underway. Here are some scenes from Saturday, May 8, 2021. The featured band was "Frankly Scarlet". 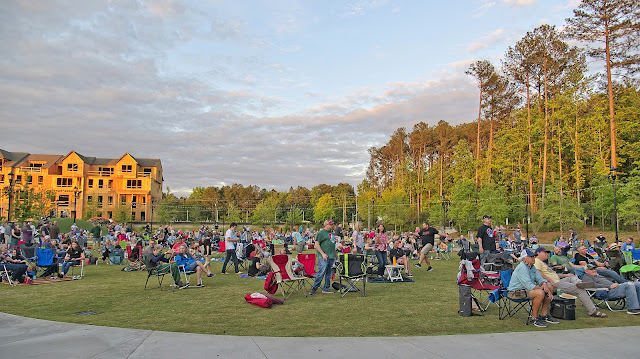 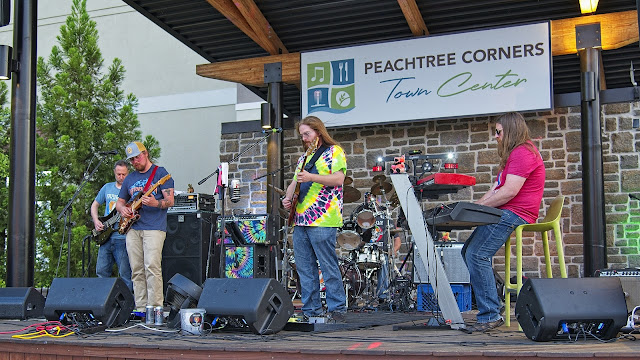 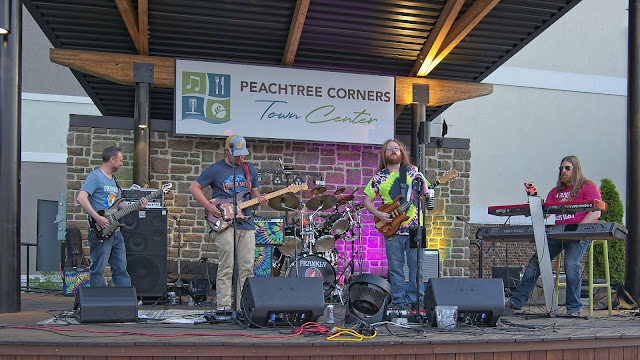 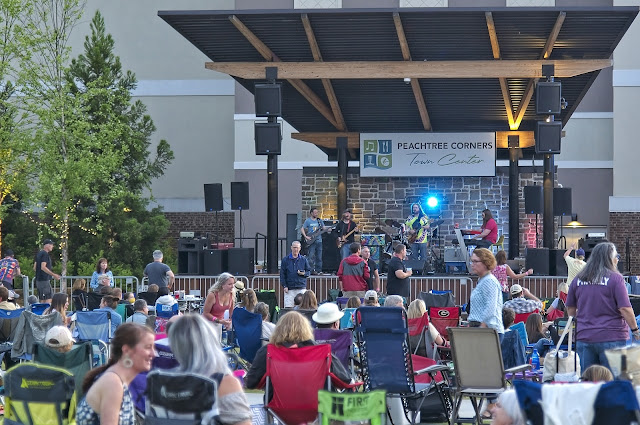 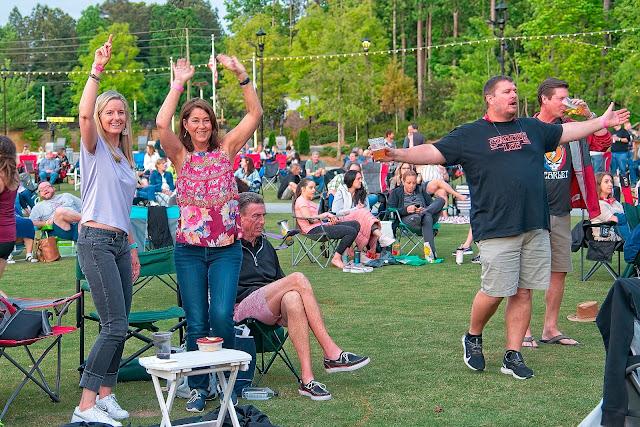 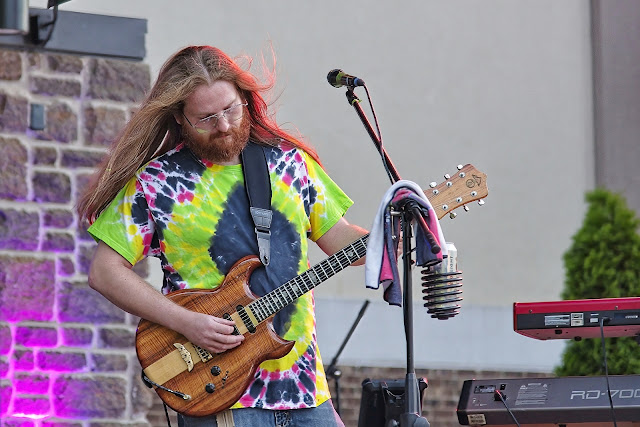 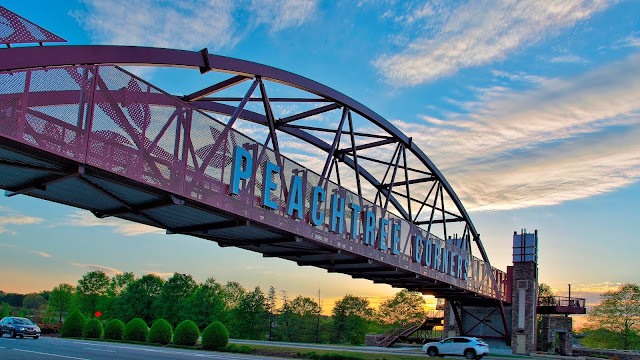 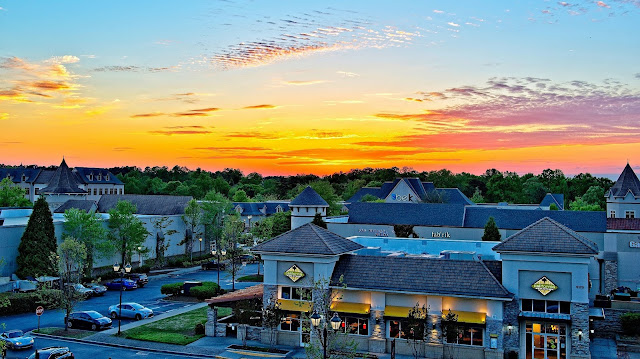 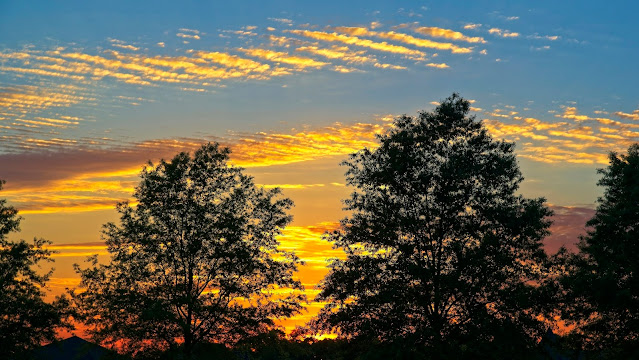