Digging in the Shadows

It was a bit early in the season to find snakes sunning themselves on warm rocks, so we were pleasantly surprised when we came a little one slowly crawling up on a rock. The setting was a little creek in our favorite park, just below a bridge. The bright afternoon sun brightly lit up part of the rock. The rest was in the deep shadow of the bridge we were standing on.

Not much of a photo opportunity, but I took a couple of shots anyway. 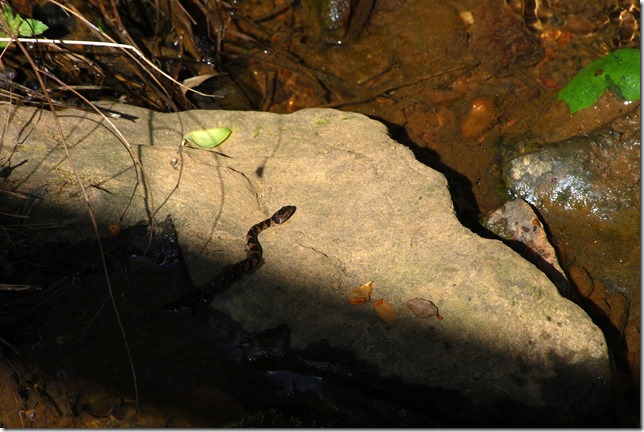 This is were post-processing can rescue an otherwise useless photo. I talked about this in a recent post over in the “other corner” of Café Ludwig. You can read all about it here: Lost your friends to the shadows? This photo seemed a good chance to do some “umbraluminology” – that is my term using poor Latin for “the art of illuminating the shadows”.

I always start in Photo Gallery. The histogram showed that the camera was fooled into underexposing the photo. I have it set for “center-weighted” exposure measuring. The sunlit rock is all the sensor would see. 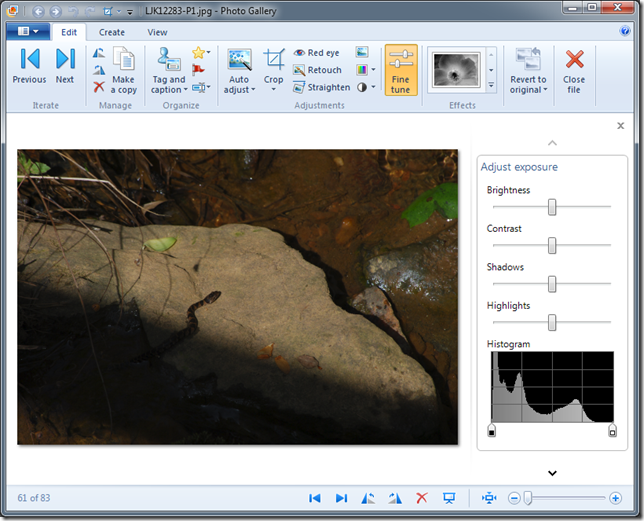 Moving the Shadows slider all the way to the right brought out detail in the shadow, but not nearly enough. 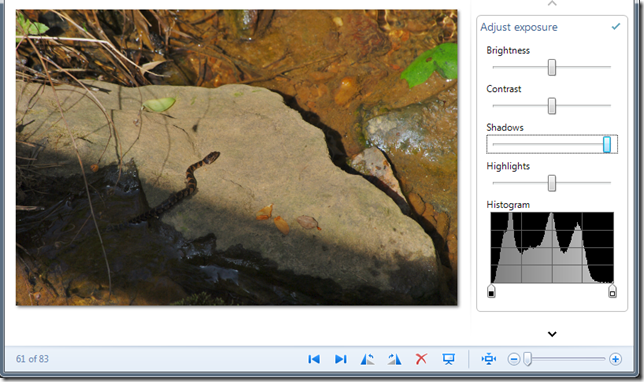 Before I reached for more powerful tools I decided a crop would be in order. Then I took a look at what I could do in Picasa. The “Fill light” slider helped some but it was not much of an improvement. I even tried the HDR effect. Nothing there.

Next I took the photo into onOne Perfect Effects 8. I really like the HDR effect that tool provides. With that I could bring out more details from the shadows. The noise also became quite noticeable. My next attempt was to see what I could do with PaintShop Pro. I selected the triangular shadow part and applied some noise reduction. Then I took the whole photo into Topaz Detail for bringing out some of the fine detail. No, none of these tools turned this into a “fine art” photo. But I did pull out an amazing amount of detail. This is not a story about artistic accomplishments but rather an illustration of just how much detail is literally lurking in the shadows of photos. The moral of the story is this: Don’t discard a photo just because the faces of your friends are unrecognizably dark, or that the shadows hide all the interesting stuff. Be aggressive in post-processing. 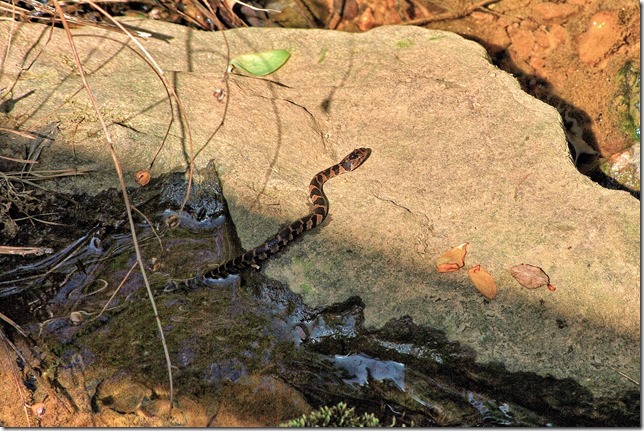 Get skilled in “umbraluminology”, there is treasure “in them thar shadows”.

Posted by Ludwig at 4/29/2014 09:35:00 PM 5 comments
Email ThisBlogThis!Share to TwitterShare to FacebookShare to Pinterest
Labels: photography

I met them at the Museum 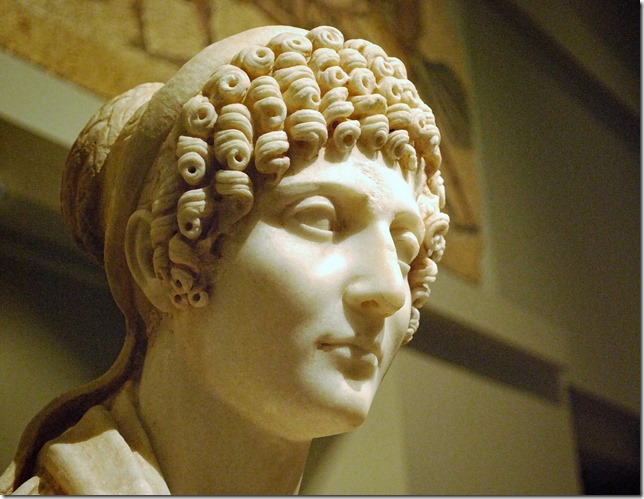 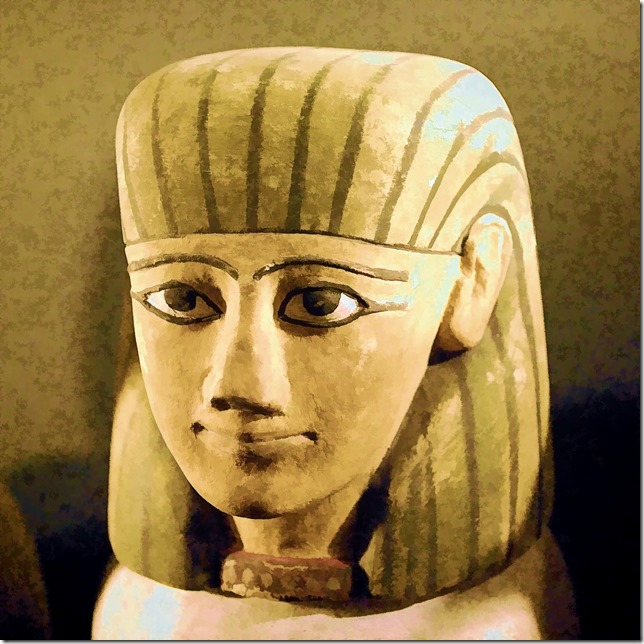 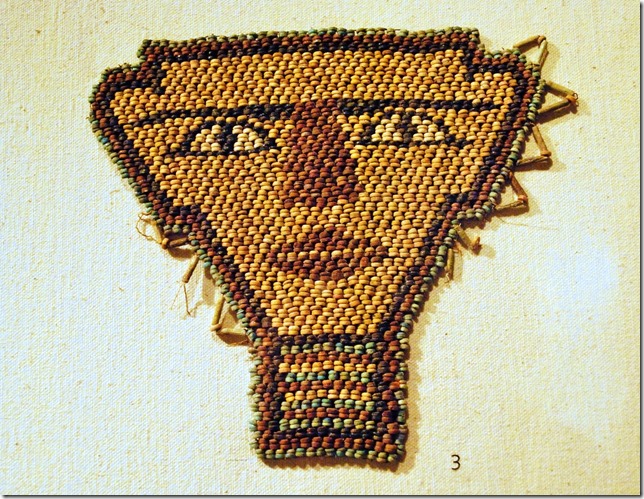 They were not very talkative but told many old tales!

At the Michael C. Carlos Museum 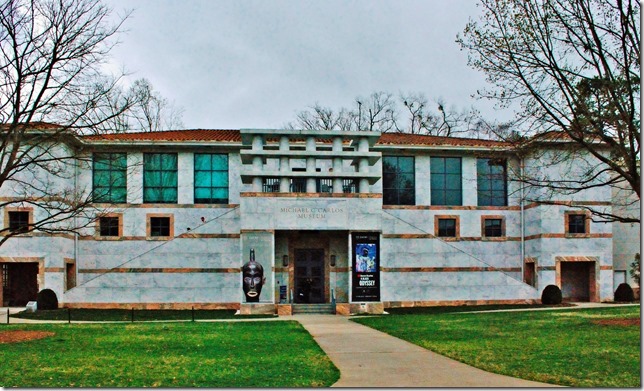