In the week 27 post we introduced Technogran and her charming photo-transformations. This week a bit of, hopefully flattering, imitation and a peek behind the technique. 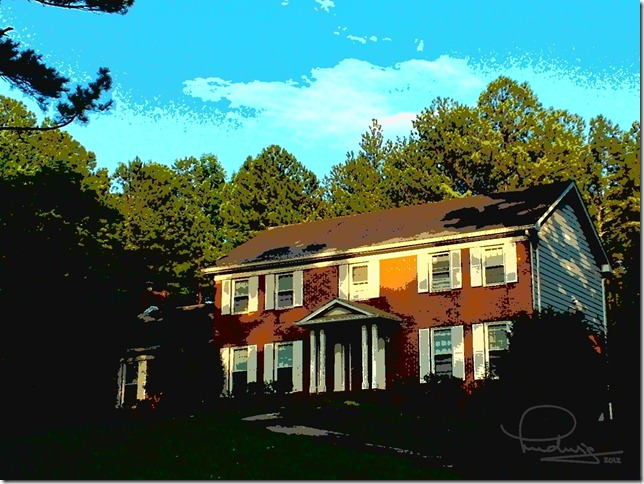 The tool used by Technogran, and also for the illustration above, is Nokia Creative Studio. This application runs on Nokia phones. That’s right, this is not an app for traditional computers. This smartphone app is a creative photo editor with a number of delightful effects. The effect used here is “cartoon”. Regular photo editors typically call this effect “posterize”, as in “make it like a poster”. In earlier posts here, I have shown a similar effect available in Microsoft Office 2010 Picture Tools where it is called “Cutout”. Here is this same photo transformed in Word with the Cutout effect: I used a reduced resolution copy in Word 2010, hence the more “painterly” look. 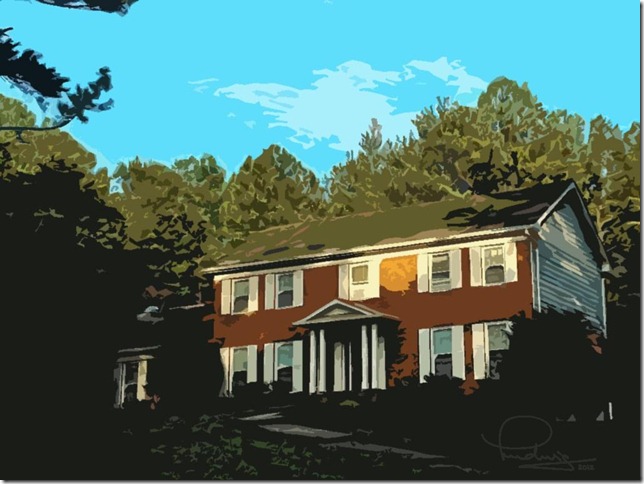 The Nokia Creative Studio effect does not permit any adjustment, but it does offer a very nice version.

Another transformation that I like and have used frequently, is “sketch”. Let’s take a look. 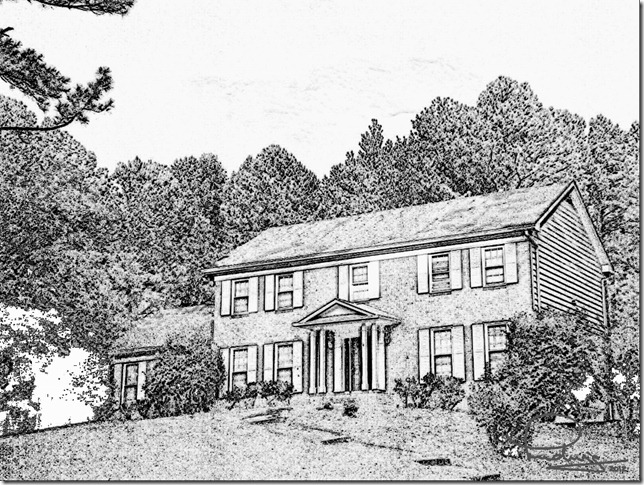 This image, again from Nokia Creative Studio, has been post-processed to make the lines darker. As Creative Studio prepares a sketch, the lines come out pencil gray. I like them a bit darker and made the adjustment afterwards in Windows Live Photo Gallery.

You might think that in order to use this tool you have to take the photo with the camera in the phone. That certainly is the easiest way, but with the SkyDrive app installed you can also edit photos “from the cloud” – any photo that you have uploaded to your SkyDrive. 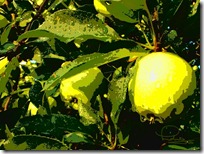 The phone used here is a Nokia Lumia 900 Windows Phone. This phone has an 8 megapixel camera. The camera and the phone are new to me and I am still learning the features and peculiarities. Here is another artistic effect photo from this camera and this editor, it is this week’s picture of the week over at Silver Canvas. Click the little picture to take you there.

For a better look at these images, click the panel below to take you to my Picasa Web Album. The larger photo is the original as it came out of the phone camera, the other images are cropped from that photo (the album contains reduced resolution photos).

Posted by Ludwig at 7/08/2012 10:05:00 PM
Email ThisBlogThis!Share to TwitterShare to FacebookShare to Pinterest
Labels: art effects, photography, The Weekly Photo