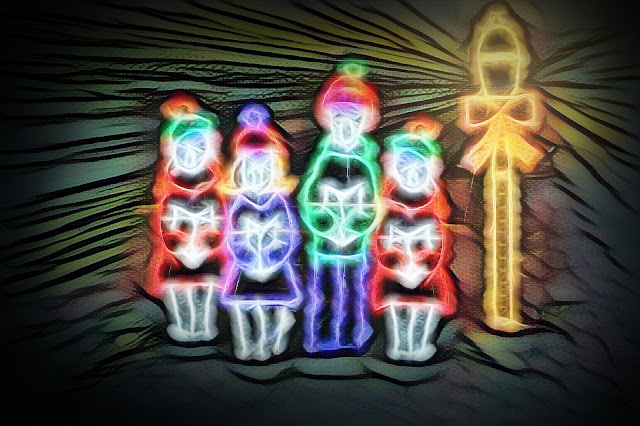 Best wishes to all for the season of joy!

Beatrice had to wonder out loud about how I made my holiday card image.
We don't get out much, and my photography has suffered badly. I did want to take some pictures of a church that we has on our errands. I also decided to take some photos at our Town Center. The Green is ringed with lights, also from a photography point of view, at bit sparsely. 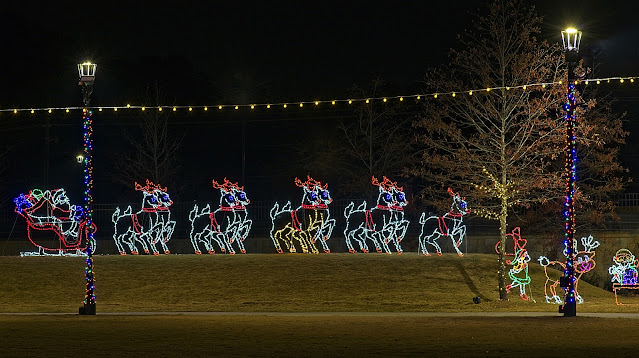 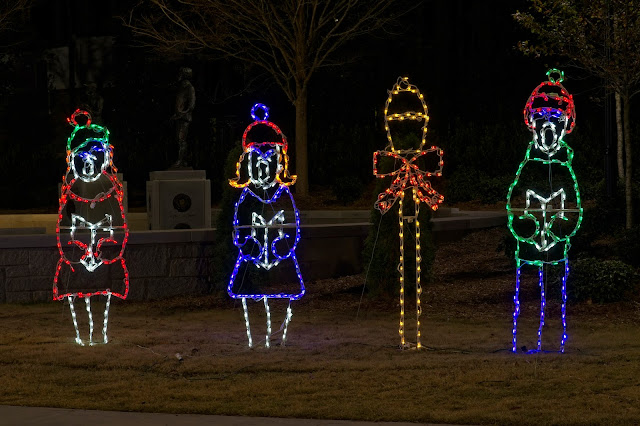 As I said, a bit sparse. So I decided to to do some cafe art manipulation.
First I added some glowing lines with Topaz Glow. 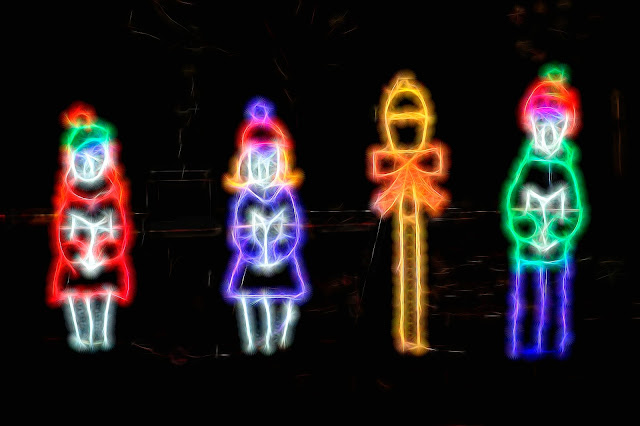 That pepped up the figures. But they still looked a bit lonely. So into PaintShop Pro for some added touches. I duplicated and reversed the figure on the left. Moved that and the other figures into a tighter group. Stretched the lamppost a bit and added some glow to it. And there is my final result. 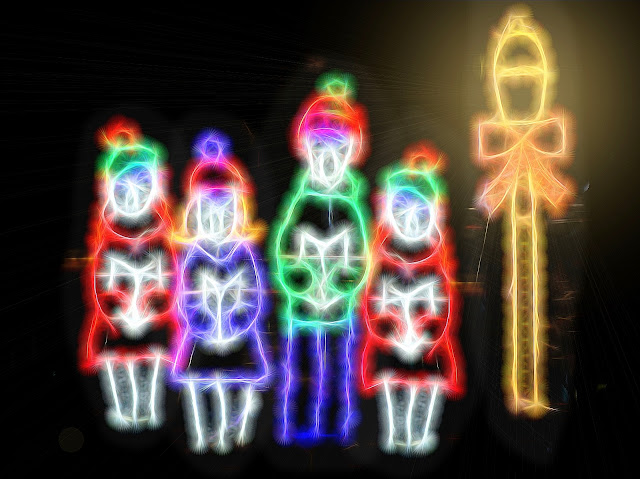 With the title "Fala lala lah lala lalah!" is is my greeting to all my friends, far and wide!

Of course. I could not leave well enough alone. Not when I get a happy message from Beatrice!
So some added light burst and a lot of work in Topaz Simplify and a half dozen layers in PaintShop Pro, and here another Happy Holidays to All!
Ludwig
Posted by Ludwig at 12/16/2020 01:40:00 PM
Email ThisBlogThis!Share to TwitterShare to FacebookShare to Pinterest