SkyDrive continues to get improved, sometimes large steps with fanfare, at other times small incremental upgrades. Self-running slide shows are once again available.
Last July I lamented the loss of self-running slide shows in SkyDrive (Slideshows and the new SkyDrive). The upgrade in November 2011 restored that feature. It is now not quite as nice. The old Silverlight version provided pleasant surround shades and could be launched from the link. The current version is plainer looking and requires the viewer to click on a “Play slide show” link.
Here, to test the present implementation, is a photo collage that links to an album with these photos. Be sure to click the “Play slide show” link in the upper right area to start the show. This post, coming just after the holidays in early January 2011, uses food photos – what else? They have been accumulated over the past months for another project, but seemed just yummy for this post illustrating the SkyDrive slide show feature.
Note: Some of the photos load faster than others – there is a mix of resolutions for testing quality and speed. 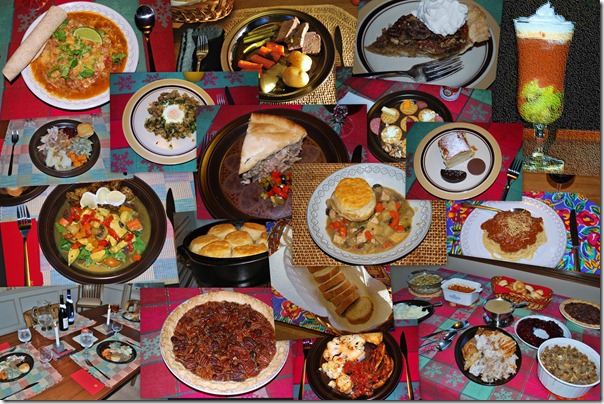 By the way, the little bug demonstrated in my video in that July post has also been corrected. Thank you Microsoft!
For other recent improvement to SkyDrive, please see SkyDrive improves file and folder management (over at This ‘n That).